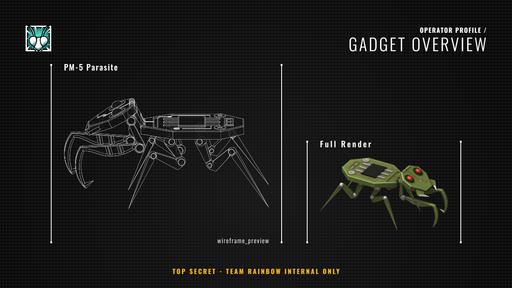 Mantis’ PM-5 Parasite is a small insect-like robotic device which can be deployed on surfaces. When a defender enters its activation radius, the Parasite leaps and grasps onto the victim, dealing small amounts of damage over time and causing them to be unable to sprint. The device also emits a hissing noise, which can alert defenders to its presence.

Due to the small form factor and limited battery size, the device will stop functioning 12 seconds after it activates. Defenders may also take the time to pull off the bug to avoid taking any further damage.

Ritthirong (Beam) Tangtrongchit, codenamed Mantis, is a senior engineering specialist with the Naresuan 261 CTU of the Royal Thai Police.

Beam studied abroad during his middle school years and returned to pursue high school in Bangkok. In Thailand, at the age of 21, all males are subject to conscription, where they can opt to volunteer, with the military’s remaining headcount requirement being filled by lottery. Beam had intended to go to an engineering school and did not wish to serve, but unfortunately drew a red card at the lottery, conscripting him to two years of military service.

After two years of serving and posting in Thailand’s troubled southern regions, he found that he really enjoyed his military service, as he got to meet various colleagues and to travel around the region. He takes pride in serving the country with the hopes of making it better, and voluntarily opted to remain and to continue serving after his mandatory conscription term is completed.

While on break one summer, he took part in an engineering course overseas, studying under Elena María Álvarez’s care. After returning from the course, Beam focused on creating gadgets for his reserve to use, which proved beneficial. This resulted in him rising through the ranks, going to the Royal Thai Police Academy and eventually, ending up as a part of the Naresuan 261 Special Operations Unit, where he was later joined by his younger sister. His term studying under the mentorship of Elena and his ability to create gadgets to solve problems faced by his unit led to his superiors’ nomination for him to join Team Rainbow.

Beam is hard working, skeptical and snarky. He always wants to be the best, and doesn’t stand for anyone trying to put him down. With his father having passed away while Beam was young, he was brought up by his mother and has become a bold role model for Rin, his sister and fellow Rainbow operator. Beam hates the preferential treatment from his mother as it reminds him that he’s getting it because he lost his father, and hates the fact that his sister doesn’t stand up against it or do anything about it.

Without a prominent leading father figure in his life, he has grown up rather skeptical and not very trusting of people, and copes with issues by using his humour to hide his problems. While Beam and Rin appears to be able to work together professionally, they still exhibit some rivalry when facing against each other, which may be a concern during live operations.

Honour Thai heritage with Mantis' elite set, as he dons the Monarchy uniform, a homage to people of the Naresuan era. 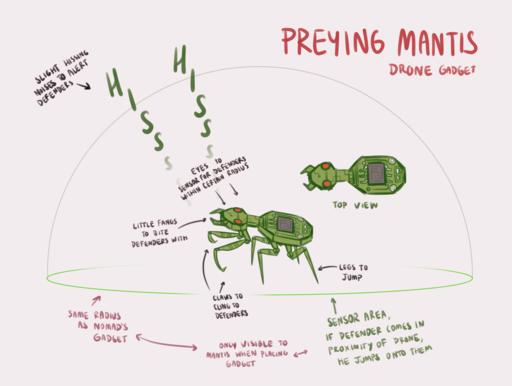 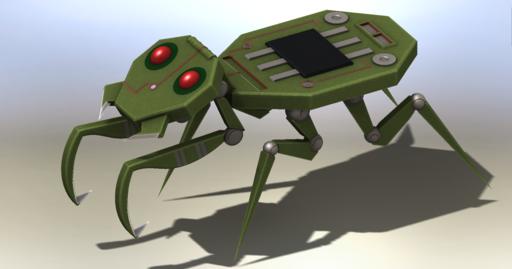 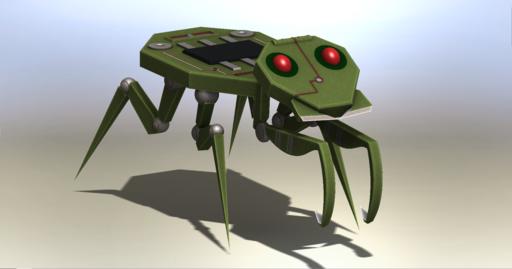 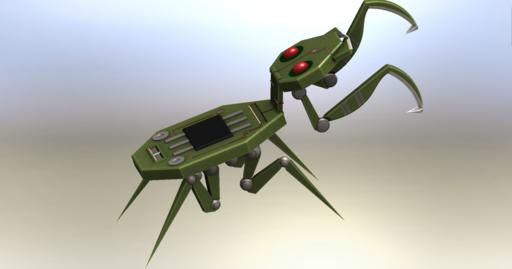 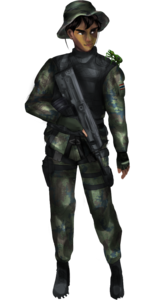 Visit the gallery for more artwork!